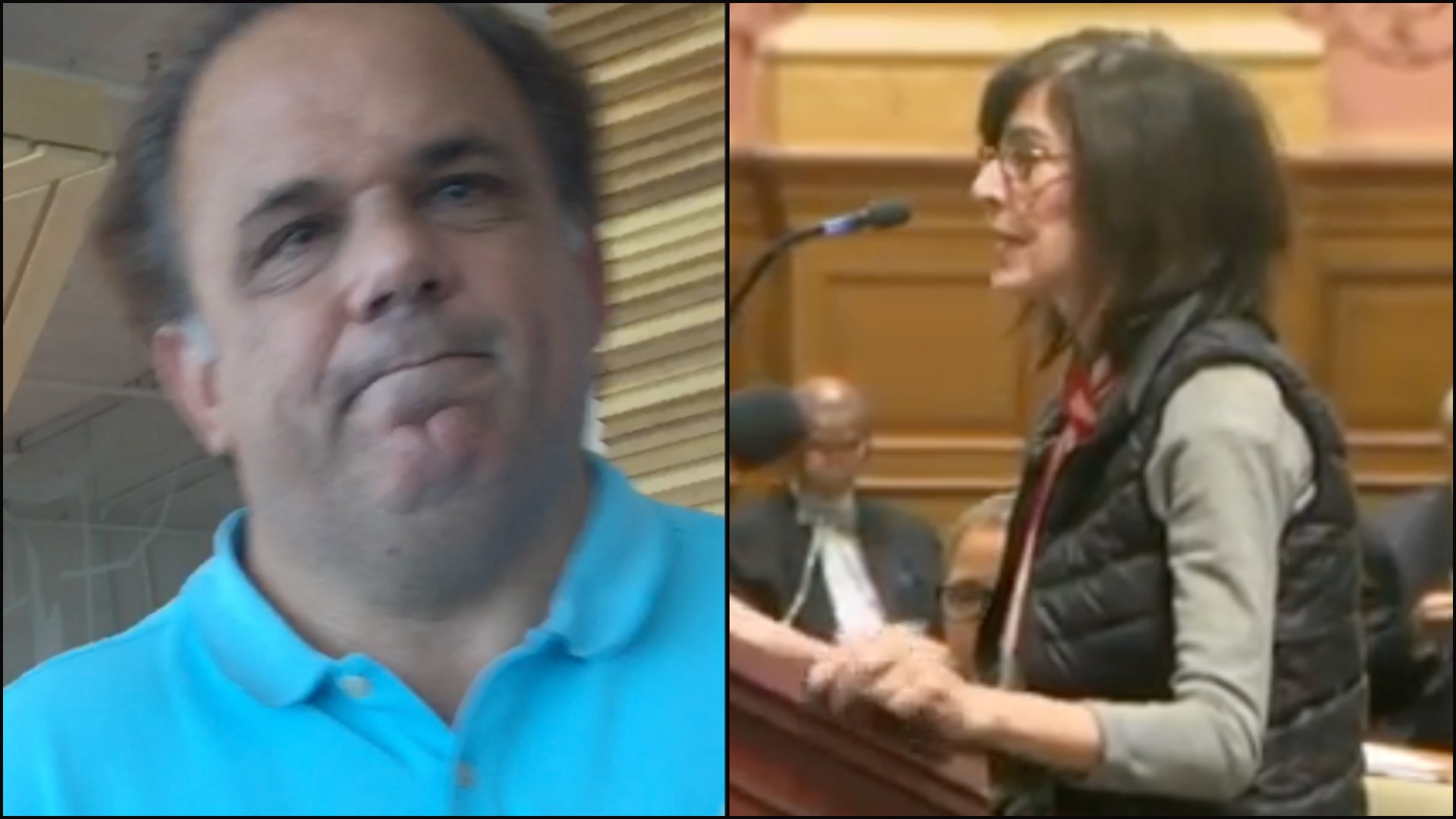 The plot is tailor-made for a Netflix documentary – a robber baron faces off against hostile activist investors for control of a billion dollar company and his kryptonite ends up being… a single mother fighting for transparency in a corrupt city.

In this suspenseful flick, the robber baron is Mack-Cali CEO Michael DeMarco; the hostile activist investors are Bow Street LLC; and the single mother fighting for transparency in a corrupt city is Jeanne Daly of Jersey City, NJ. On the morning of March 12, 2020, Bow Street announces a proxy battle to remove DeMarco as Mack Cali’s CEO, then later that day DeMarco files a lawsuit against Daly.

What’s ultimately at stake? Control of a real estate investment trust (REIT) with total assets reported to be over $5 billion.

That’s why it’s no surprise Bow Street vs. DeMarco garners the attention of financial news outlets while DeMarco vs. Daly goes under-the-radar, even though the CEO claims Daly’s actions led Mack-Cali’s board to conduct an investigation which has caused “irreparable harm to his reputation and embarrassment.”

The following is the story of how those two battles intertwine.

DeMarco vs. Daly: From the Katyń Memorial to Exchange Place SID

Adding superstition to the film, DeMarco might have woken some ghosts in 2018 – which have haunted him ever since – when he attempted to relocate the Katyń Memorial from its current location in Jersey City’s Exchange Place (as part of a green space plan). The situation quickly became an international spectacle and embarrassment for Mayor Steven Fulop – especially when Polish Pres. Andrzej Duda visited the site amid protest (video below).

Protesters voiced their disapproval of the statue's relocation, including one protester removed by police for a sign critical of Polish President @AndrzejDuda, as Mayor @StevenFulop welcomed the foreign leader to #JerseyCity for a wreath-laying ceremony at the #KatynMemorial. pic.twitter.com/41WHQBhrSd

DeMarco’s plan ultimately failed after the late Ward D Councilman Michael Yun, Polish community leaders, and political activists like Daly formed a united opposition. From the beginning of that battle to present day, Daly has been a persistent adversary of DeMarco’s.

Specifically, she’s been attending Exchange Place Alliance SID (EPSID) board meetings since, at least, July 2018. DeMarco is the board president of the EPSID, a non-profit organization which receives its funding via a city-approved special assessment of commercial properties within its borders (in this case many are owned by Mack-Cali).

Of note, it was the EPSID that actually proposed relocating the Katyń Memorial to build the park. Because their board meetings are governed by the Open Public Meetings Act (OPMA), DeMarco couldn’t stop Daly and her associates from attending & causing a ruckus – even though the meetings are held in a Mack-Cali office.

Nevertheless, the EPSID board did pass a resolution prohibiting video recordings of future meetings in September 2018 – which Daly has protested. The board’s attorney, Donald M. Pepe of the law firm Scarinci Hollenbeck, previously provided Real Garden State with a memo that states “the right to videotape is not absolute, but is subject to reasonable limitations.”

The “reasonable limitation” in this case is supposedly due to Mack-Cali having proprietary material that could be captured via video during EPSID meetings. Unfortunately for DeMarco, that resolution/memo/logic didn’t stop Daly from directly notifying a Mack-Cali board member about potential OPMA compliance issues – which sparked the investigation, according to the lawsuit.

DeMarco may be one of the most powerful men in real estate, but that didn’t stop Hudson County Judge Jeffrey R. Jablonski from denying his lawyer’s request for a temporary restraining order forbidding Daly from communicating with Mack-Cali board members.

DeMarco’s attorney for the lawsuit, Maryam M. Meseha of the law firm Scarinci Hollenbeck, stated in court that Daly has contacted Mack-Cali board members and made “ridiculous and inflammatory remarks” – including equating the CEO to “a member of the mafia” and saying “if her body is found in the Hudson, it would essentially be DeMarco’s fault.”

Jablonski found that argument humorous given that DeMarco once told NJ Advance Media that “I am what most people call a SCK: a stone cold killer.”

When Jablonski asked how DeMarco has suffered economically, Meseha argued to the court that because Daly is accusing the CEO of violating state & federal laws, on top of Mack-Cali’s ethics rules, she’s “giving ammunition to the people who are currently seeking” his removal.

As well, the judge didn’t seem content with Meseha’s explanations regarding OPMA violations, though, the attorney claimed Daly could seek a court order. Later on in the hearing, Daly, who is defending herself pro se, countered that to get a lawyer to take on an OPMA case she’d have to pay out-of-pocket – which she couldn’t afford.

Most importantly, Jablonski had the parties discuss a video at the heart of the Mack-Cali board investigation – a tense interaction between Daly and DeMarco which supposedly occurred during a September 2019 EPSID board meeting (WATCH VIDEO BELOW):

Daly described the video as part of a disturbing pattern of behavior by DeMarco to limit access to EPSID board meetings. Meseha countered that Daly was never prevented from attending any meeting and that EPSID board members have felt so unsafe due to her aggressiveness, including DeMarco, that security must be called to remove her from meetings.

Two months after Jablonski’s denial of the temporary restraining order forbidding Daly from communicating with Mack-Cali board members, Meseha is now moving to dismiss the complaint without prejudice after Daly filed a summary judgement motion. Specifically, the attorney wrote in a letter to Hudson County Judge Mary Costello that:

We respectfully request that your Honor dismiss Plaintiffs’ Complaint, without prejudice, in the interest of justice and judicial economy. While Plaintiff stands by his Complaint and affirms that he has viable causes of action against Ms. Daly, he has determined that pursuing this lawsuit is no longer economically feasible, at this juncture. Plaintiff’s Complaint sought injunctive relief against Ms. Daly, a remedy that is not within the purview of this Court.

When asked by Real Garden State about the status of the lawsuit, Daly stated that two issues remain unresolved – whether she’ll be reimbursed by DeMarco for court costs and the complaint being dismissed without prejudice (which allows for re-filing of the case in the future).

Meseha declined to respond to an email seeking comment regarding a potential reimbursement.

Maybe the most interesting thing about DeMarco’s lawsuit is the board member he says Daly contacted about OPMA compliance – Nori Gerardo Lietz.

Last year, Lietz was one of four individuals nominated by dissident investor Bow Street LLC and elected to Mack-Cali’s board. This year, Lietz is part of the team of eight that seeks to remove DeMarco and restructure the company.

The lawsuit states Daly wrote in an email to Lietz that “my hope is for this to be addressed by the Trustees of Mack-Cali and an end put to this offensive behavior.”

Ironically, one of Bow Street’s many complaints with Mack-Cali’s operation is DeMarco’s pay – which has totaled $28.2 million since 2015 (or enough to make someone wonder how his lawsuit is no longer economically feasible).

Despite the COVID-19 pandemic, the two sides appear ready for a proxy battle at Mack-Cali’s annual meeting in June, according to Reuters. Given that DeMarco already suffered a defeat last year, the Daly situation certainly can’t be helping the CEO win over shareholders.

Of note, Gov. Phil Murphy invited DeMarco to serve on the state’s Restart & Recovery Advisory Council related to the COVID-19 pandemic. Whether that’ll help rebuild his reputation with shareholders, after a local activist with less than 100 followers on Twitter allegedly damaged it, remains to be seen.

Regardless of the outcome, the story seems ready for Netflix once the proxy battle is over.