The Civil Service Commission denied Bryant Rowan, Jr.’s appeal of an unsatisfactory background check in November 2016, but after campaigning for Mayor Steven Fulop in 2017, he was hired as an officer in January 2019. 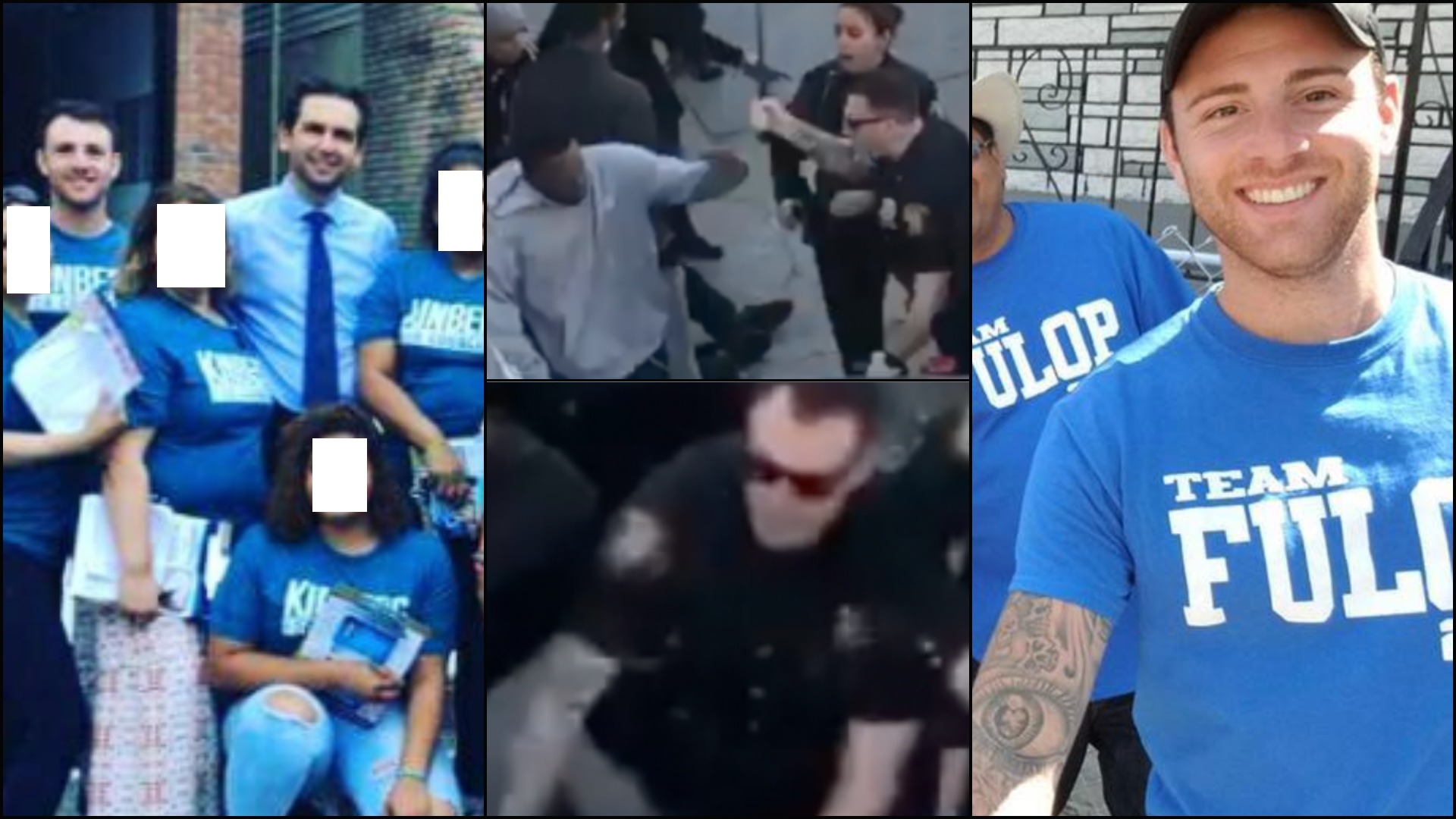 Mayor Steven Fulop likes to tweet about the diversity of Jersey City Police Department (JCPD) recruiting classes since he was elected in 2013. However, one story Fulop won’t tweet about is the white, baton-wielding officer gone viral losing his appeal of a failed background check approximately two years prior to being hired.

That’s because, in between not passing a JCPD background check and being hired as a police officer, Bryant Rowan, Jr., who is a Hudson County Democratic Organization (HCDO) committeeman, actively campaigned for Team Fulop in the Jersey City Heights.

As for the May 5, 2020, melee on Bostwick Avenue, a diverse group of law enforcement sources have essentially defended the incident as a “play stupid games, win stupid prizes” situation. A group of black political activists don’t agree with that assessment and have demanded officials take administrative actions regarding the incident.

Not to disappoint anyone, but this story isn’t about whether Rowan or any other JCPD officer used excessive force. Millions have seen video of the incident and have formed their own opinion. This story is about Hudson County politics.

According to a Final Administrative Action of the Civil Service Commission from November 29, 2016, Rowan was appealing his removal from the JCPD hiring list due to an unsatisfactory background report. Specifically, the document indicates why the Fulop administration felt Rowan had a pattern of behavior that adversely related to being a police officer:

Notably, Rowan stated that he believed the Fulop administration was treating him unfairly compared to minority candidates – citing articles where Mayor Fulop highlights that 70% of new police recruits are minorities and the city’s goal is to have the JCPD resemble the diversity of Jersey City.

Ultimately Rowan’s appeal was denied by the Civil Service Commission, which stated that the City of Jersey City had “shown sufficient cause for removing his name” from the JCPD hiring list.

Rowan might not be a racial minority, but to get hired in Jersey City, becoming an active Hudson County Democrat is apparently the next best thing.

According to HCDO sources, Rowan became particularly active in local politics through Mo Kinberg’s Ward D campaign in 2017. Kinberg probably didn’t stand a chance against the late Councilman Michael Yun, but her campaign’s Facebook page is filled with pictures of Rowan actively campaigning for Team Fulop – which couldn’t have hurt his resume.

As well, Rowan is the Ward D/District 4 committeeman and ran for his seat with committeewoman Allison Solowsky – who is the director of the Jersey City Department of Public Works. Solowsky’s brother, Jason, is one of Mayor Fulop’s top political operatives. Additionally, Rowan is related to at least one high-level official in Hudson County government, according to HCDO sources.

Simply put, it appears Rowan has some political juice.

Multiple police sources, all of whom defended Rowan’s actions captured in the viral video, have described the context surrounding his hiring as “suspicious” and have indicated that the decision to hire him would likely have to come from Fulop himself.

Given that the Hudson County Prosecutor’s Office (HCPO) failed to indict JCPD officers involved with last summer’s infamous fireworks shooting, it’s hard to imagine Rowan or anyone else being criminally prosecuted for what circulated on social media.

Nevertheless, politics make things possible in Hudson County, and the activists who protested the actions of JCPD officers during the Bostwick Ave. melee, especially Rowan’s use of a baton, might have enough juice to force charges. In the same breath, it’s worth wondering whether there’s a conflict of interest related to the investigation due to Rowan’s political connections.

Of note, the officers involved with the fireworks shooting were handpicked by Deputy Chief Edgar Martinez for the housing unit. Multiple JCPD sources believe Martinez’s political connections played a part in the HCPO’s decision to not prosecute the officers in that case.

Finally, the Fulop administration refuses to answer questions and/or provide information to Real Garden State. The HCPO has blocked Real Garden State from emailing them press inquiries shortly after a bizarre incident involving Hudson County Prosecutor Esther Suarez. This article will be updated if/when those government institutions decide to comment.