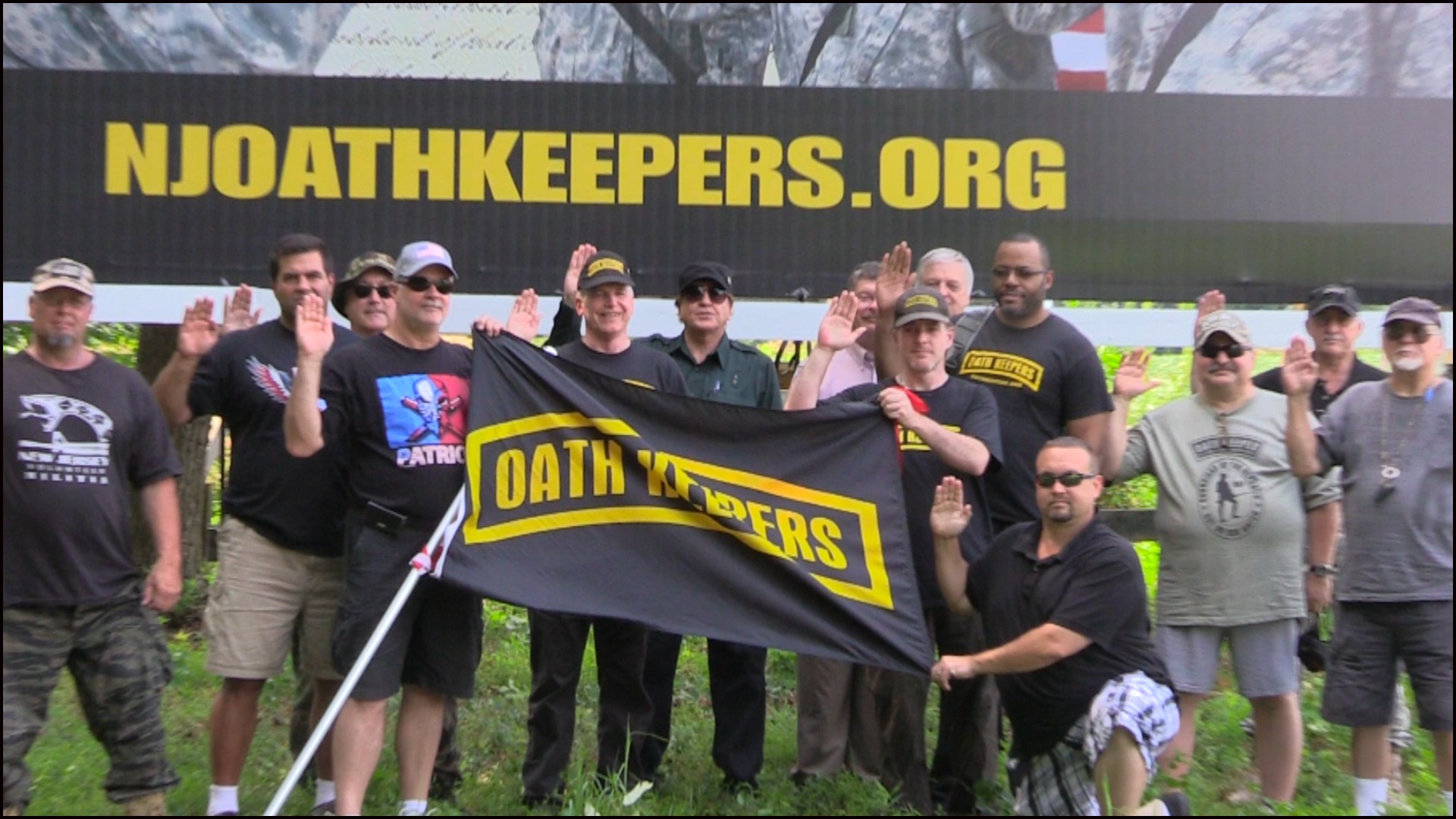 On August 29, 2015, the Oath Keepers’ New Jersey chapter celebrated the unveiling of their new billboard outside Joint Base McGuire–Dix–Lakehurst.

At the time, I had planned to film a mini-doc about the group’s ideology, leadership, and mission. Unfortunately, the interviews were in a diner and the audio wasn’t good enough for the type of production originally envisioned.

Six years later, the recordings have newfound relevance given the group’s ties to the January 6th riot at the U.S. Capitol. More recently, investigative reporting by WNYC/Gothamist connected a detective from the Hudson County Prosecutor’s Office (HCPO) and unnamed Jersey City Police Department (JCPD) officer to the Oath Keepers.

In a follow-up to that story, Real Garden State raised doubt about whether HCPO Det. Craig Iacouzzi was truthful when he claimed he “never met anybody or spoke to anybody” from the organization. That’s because a variation of his name is listed as the “NJ OK Forum Moderator” on the New Jersey chapter’s website (which has since been taken down).

That website has been inactive since 2018, but at least three other individuals listed as part of the state’s leadership attended the billboard’s unveiling back in August 2015 – Edward Durfee (Secretary/Treasurer and Northern NJ Regional Director), Keith Pantaleon (Public Information Officer), and Adam Kosmin (Communications Officer).

I met Kosmin, a Jersey City resident, through an associate of Councilman Richard Boggiano (Kosmin supported Boggiano in 2013). He was my contact for the event, but he wasn’t the only member of the New Jersey Oath Keepers connected to Jersey City.

For those wondering, that other person wasn’t the unnamed Jersey City officer from the WNYC/Gothamist report. Quite the opposite, actually.

It was Pantaleon, an IT worker living in Jersey City. His 2013 encounter with JCPD officers – which resulted in a $20,000 settlement – inspired him to join the Oath Keepers. Watch/listen to Pantaleon describe the inspiration below (apologies for rough audio):

In fact, Judge John A. Young ruled that Pantaleon’s 4th Amendment rights were violated when law enforcement seized firearms from his apartment. He spent a month in jail because of the ordeal.

The “9/11 truth” group We Are Change, which Pantaleon was involved with, published a video to raise awareness about his arrest. That said, because his case involved guns, Pantaleon’s support came from 2nd Amendment and “patriot community” activists – which led him to the New Jersey Oath Keepers.

Notably, the Oath Keepers claim to be a “non-partisan association of current and formerly serving military, police, and first responders,” but Pantaleon never served in uniform. He was actually part of the group’s associate membership program, defined as “patriotic citizens who have not served in uniform but who serve now by supporting this mission.”

The mission? Oath Keepers reach out to active military & veterans “to remind them of their oaths, to teach them more about the Constitution they swore to defend, and to inspire them to defend it.” Members declare that “they will not obey unconstitutional orders,” which includes disarming the American people, conducting warrantless searches, and detaining citizens as enemy combatants.

Based on personal recollection, the New Jersey Oath Keepers were motivated by a hodgepodge of plain reality, right-wing paranoia, and debunked conspiracy theory. Simply put, the group’s evolution from August 29, 2015, to January 6, 2021, isn’t particularly shocking.

Perhaps no person better represents that evolution than Edward Durfee, a veteran of the U.S. Marine Corps who served during the Vietnam War era. 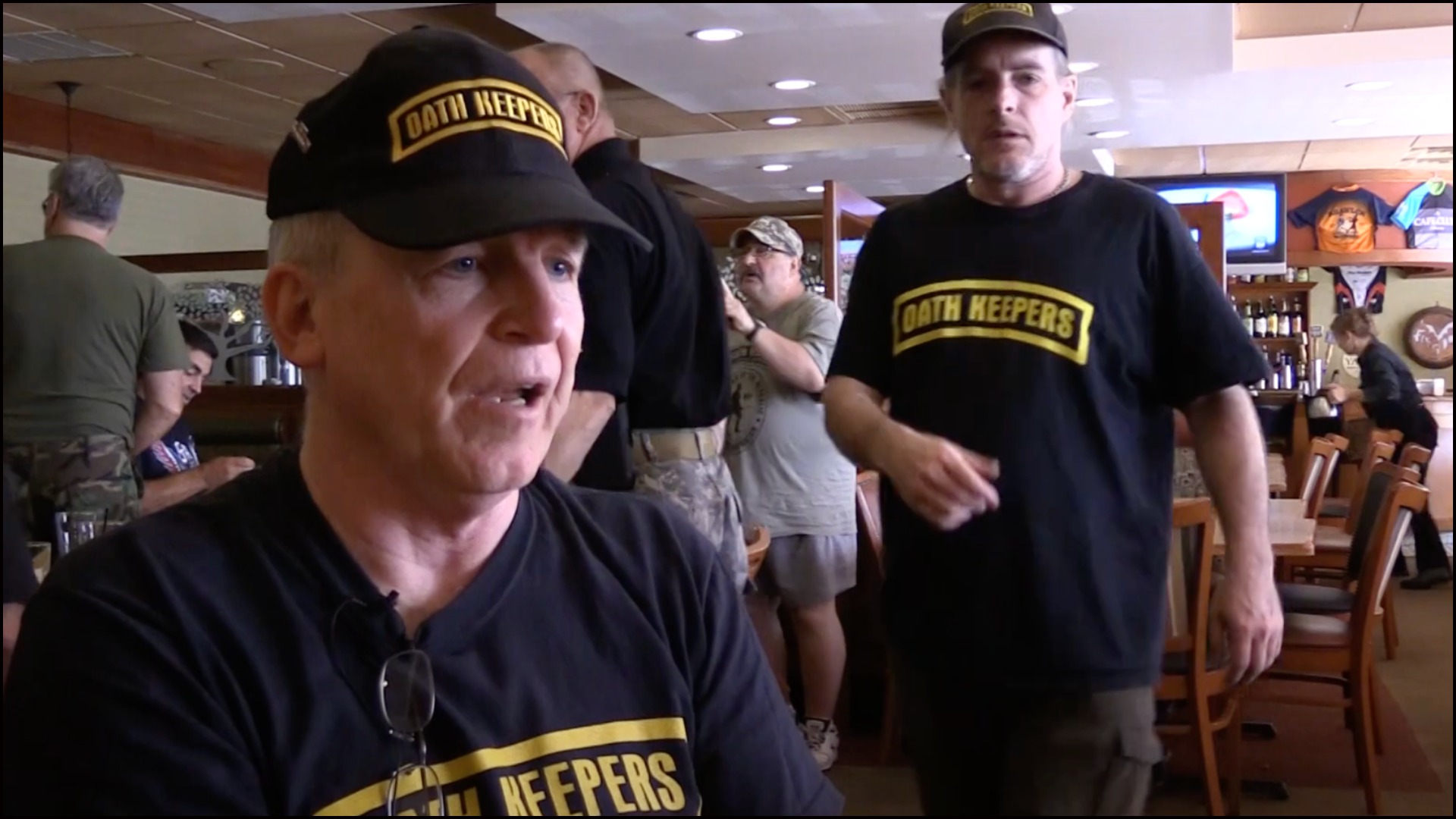 Durfee hadn’t been a “frog in the pot,” as he put it, long before joining the Oath Keepers. He cited the Patriot Act and the government’s response to Hurricane Katrina as things that “awoken” him.

In 2015, Durfee was more disaffected than conspiratorial. He didn’t believe Donald Trump was a constitutionalist, but he felt the Republican nominee was “invoking the feelings in the people that are good feelings.”

On January 6th, Durfee worked a security detail for the Oath Keepers outside the U.S. Capitol, according to Gothamist/WNYC. Hindsight is 20/20, but I suspect those “good feelings,” mixed with debunked conspiracies about election fraud, led Durfee to Washington D.C. that fateful day.

Although Durfee hasn’t been charged with any crimes related to the Capitol riot, his bigger problem might be other Oath Keepers. Remember, the state chapter’s website identified him as Secretary/Treasurer, and according to The Daily Beast:

From Jan. 18 to Feb. 16, New Jersey Oath Keeper Edward Durfee made withdrawals from the account almost daily, totaling more than $28,000. Durfee, who is running for office in New Jersey, did not return requests for comment on Thursday (nor did he respond previously, when asked about allegations that Oath Keepers swindled application fees).

Durfee is one of two Republican candidates for the New Jersey General Assembly in Legislative District 37 – which includes Hackensack, Fort Lee, and multiple Bergen County towns along the Palisades Interstate Parkway. To keep things in perspective, the New York Jets have a better chance of winning the Super Bowl this year than a Republican does of winning in LD-37.

Ultimately, it’s fascinating to look back at the origins of the New Jersey Oath Keepers; however, it’ll be more interesting to see how both the New Jersey GOP and local law enforcement agencies handle Oath Keepers within their ranks moving forward. 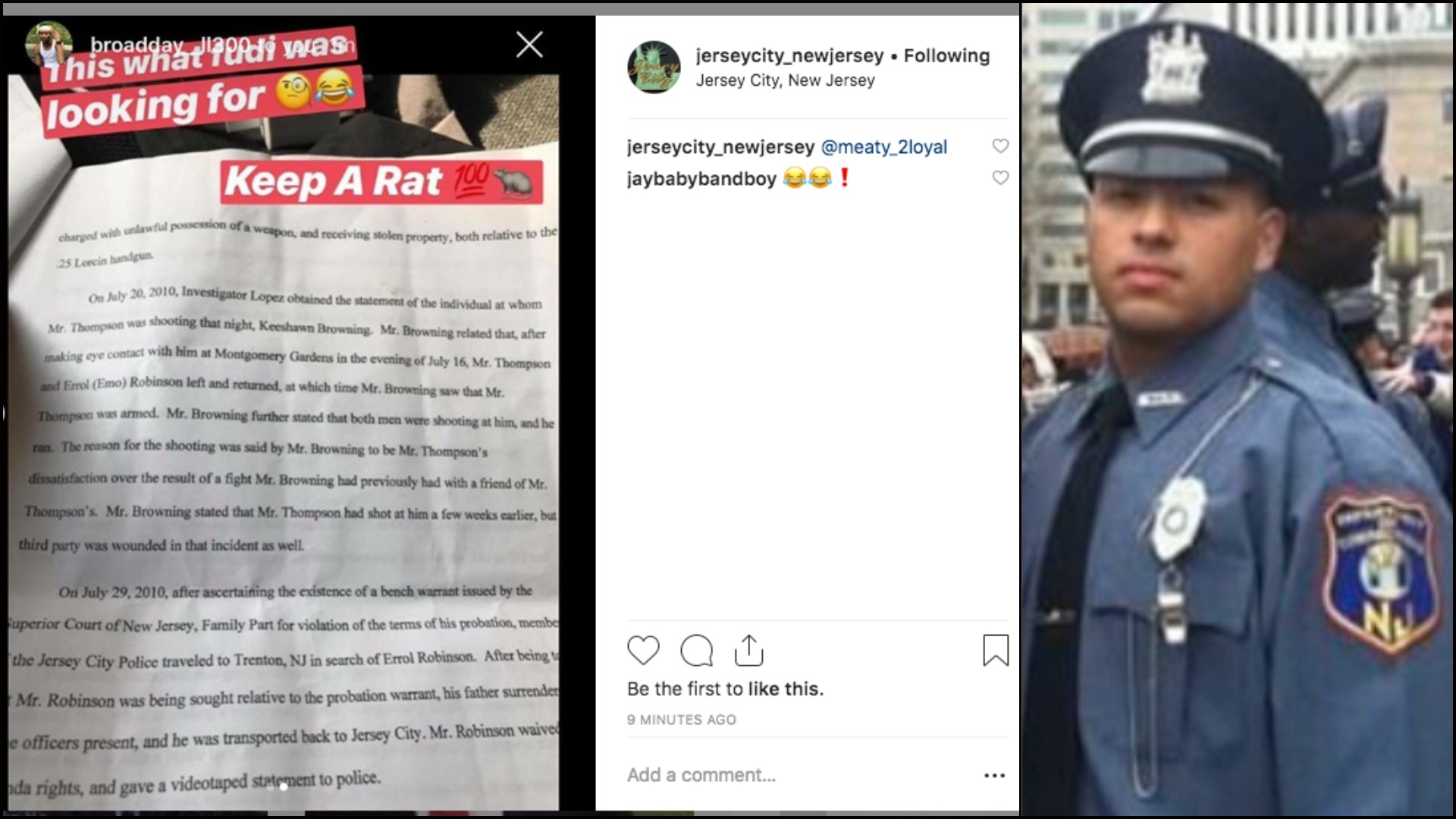 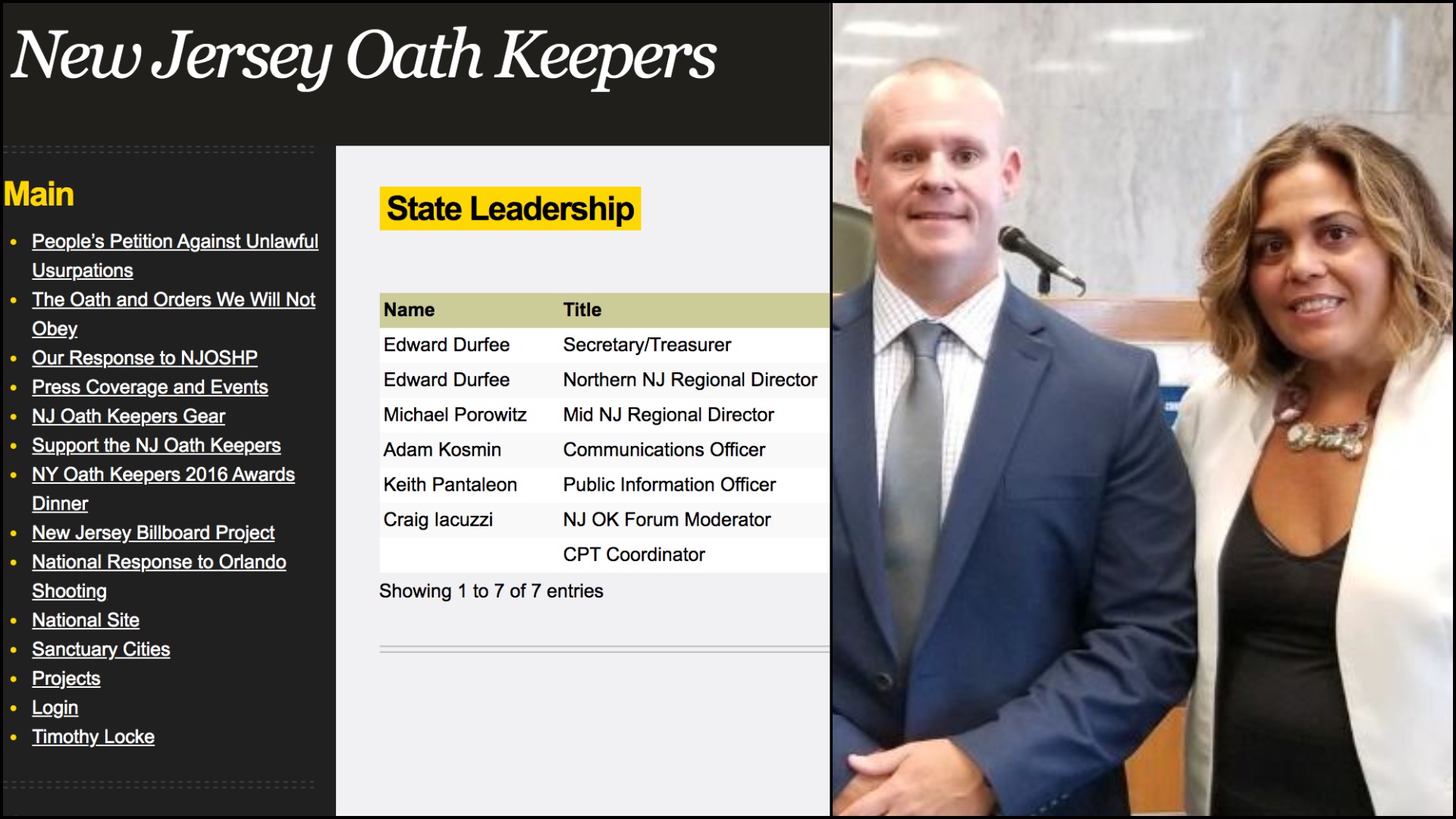